Welcome to "Mise en Place" – a series dedicated to telling Chef stories. Mise en place is French for "putting in place", and it is what chefs do every day in the kitchen... but how did they get there? What are the experiences, tastes, and moments that put a chef in their culinary place? That's what we'll uncover together through "Mise en Place".

Gabriel Rucker is executive chef and co-owner of Le Pigeon and Canard in Portland, Oregon. Rucker is one of Portland’s most respected and decorated chefs, the recipient of two James Beard Awards for Rising Star Chef in 2011 and Best Chef Northwest in 2013. His first cookbook, Le Pigeon: Cooking at the Dirty Bird, was released by Ten Speed Press. In 2019, Rucker helped found the Portland chapter of Ben’s Friends, a restaurant industry support group.

What originally brought you into the kitchen?

Originally, it was realizing I wasn't any good at math. At the same time, I had the good fortune to realize I was good at something else - cooking. It was a fateful accident that drove me to the kitchen, and I haven't looked back since.

What is your favorite cooking memory from growing up?

Mom's out of town, and I'm hanging out with Dad. He had rented Robocop for us to watch (which Mom wouldn't have approved of). We cooked breaded shrimp and ramen noodles together. Perfect pairing.

What’s one piece of advice you’d give to an aspiring chef?

Find someone who is better than you, but kind. Ask them questions and follow their advice.

What is one of your all-time favorite dining experiences?

One of my favorite dining experiences was in Beaune, France - the one time I've been to France. We were eating at this (now shuttered) restaurant Caves Madeline. It was a wine bar, with very simple, elegant food. I even went twice, I liked it so much.

I had this lunch with my wife who was pregnant with my daughter at the time, and had this bottle of Pommard with pigeon, and loved it so much we almost named our daughter Pommard. Instead, I named the restaurant after the pigeon.

What makes Portland such a special place for the food and beverage community?

We're not competing with each other. In Portland, we go to each other's spots, we send people their way, we root for people to succeed. Mostly, we all have each other's backs.

The cooking world is so demanding. As a chef, what makes you feel supported in big or small ways?

We just got done with a trying couple of years, hopefully the most trying I'll ever go through. The way the community came to support us, I'll never forget that. Whether it was selling wines for pick up, going to people's homes to cook them dinner, selling meal kits, or teaching people how to cook. Every single person who showed up, gave us hope.

In your own words, what makes an excellent knife?

There's some weight to it. Where the blade meets the handle, it fits into my grip. Good curvature, so it has a little rock to it. And, I can beat it up.

What's your favorite type of knife to use?

This easy tomato olive tapenade is delicious served as bruschetta or spooned on top of cooked fish, pasta, or chicken. 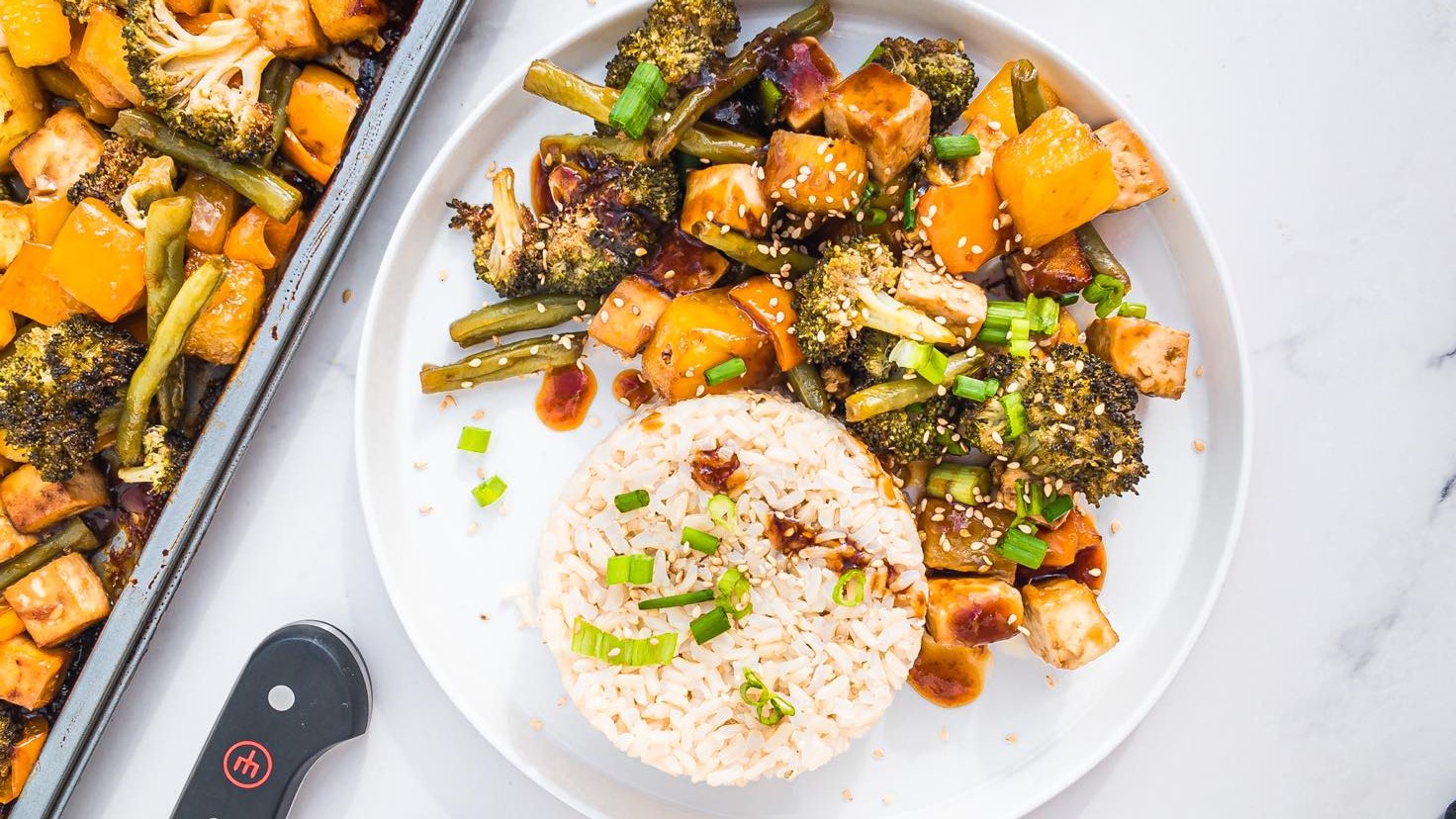 These Chicken Veggie Meatballs are packed with vegetables, giving them delicious flavor and making them perfectly juicy. Pair with pasta and additional veggies for a scrumptious weeknight dinner. 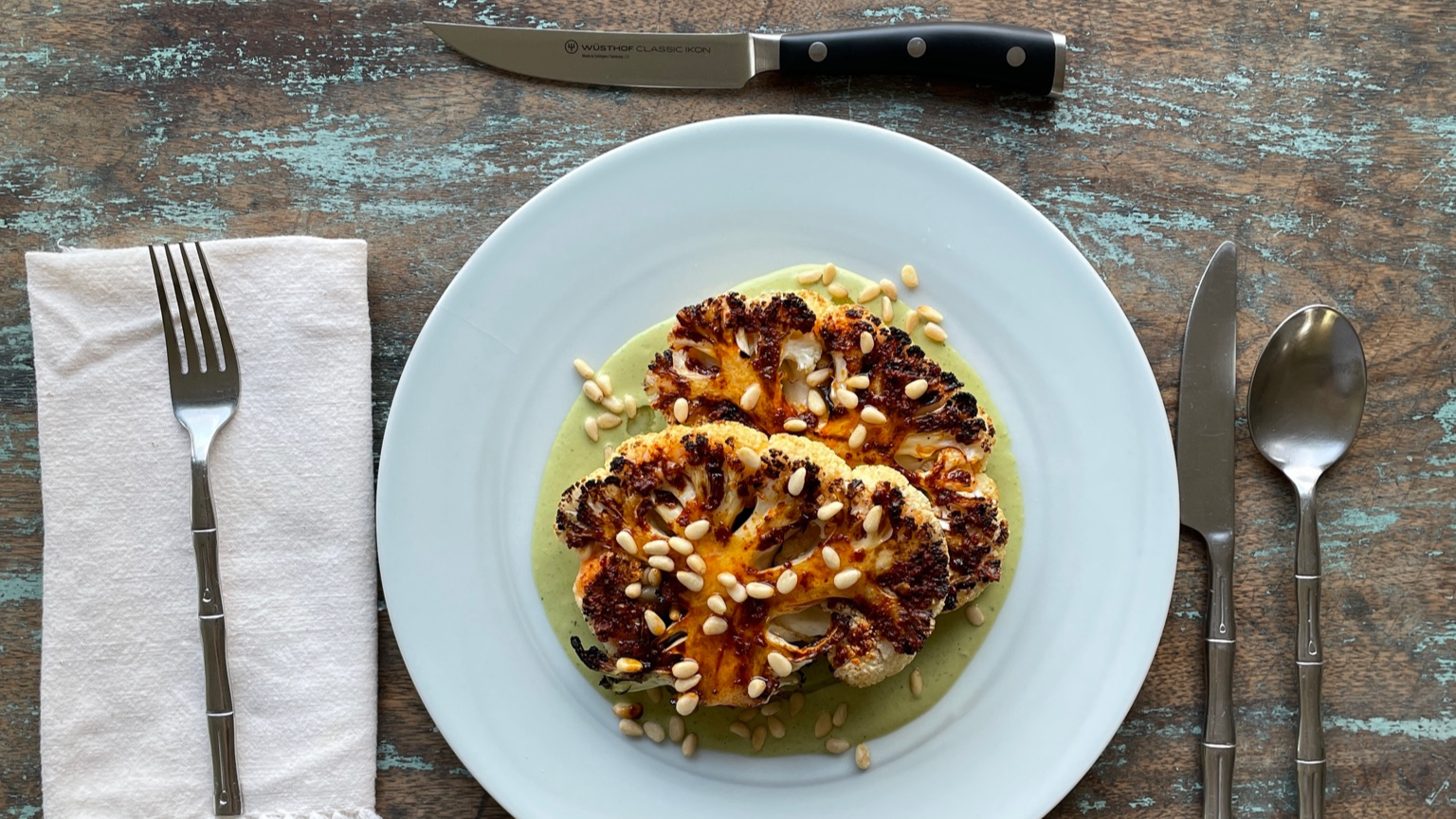 This delicious recipe for cauliflower steaks with green tahini sauce and sweet harissa serves 2 as a main dish or 4 as a large appetizer.